Thanks to the Texas Jewish Post for writing this article about the founders and inspiration for The Happy Lungs Project.

Almost four years ago, Ilana Stromberg, a mother of five with a healthy lifestyle, was just turning 50. She was diagnosed with RET positive non-small cell lung cancer. The family’s world turned upside down, but together they are helping her heal.

Having visited numerous doctors while the family lived in Dallas, she was following up on a cough that just wouldn’t go away; tests, exams and consultations over eight years resulted in “just” a small spot that posed no concern. With two teens, and three children under the age of three, to Stromberg, that news was good news.

The Stromberg and Fineberg family’s story moved forward when in 2018 Stromberg’s sister, Dallas resident Donna Regenbaum, was diagnosed with breast cancer. While she had no symptoms, a mammogram found that Regenbaum had stage zero breast cancer; she has since recovered from her ordeal.

Following her sister’s diagnosis, just after the Strombergs’ move to Austin, Ilana arranged for a mammogram. It was a gynecological oncologist whom she could see in a timely fashion and, armed with her medical “non”-history, Stromberg met with the doctor. While her mammogram was fine, the doctor was concerned about much she saw in Stromberg’s files and a battery of tests was ordered.

Unlike earlier reports, the news was terrifying. She had cancer.

“I had the right middle lobe of my lung removed, more than half of my liver and I went through treatment when the disease progressed to my brain,” Stromberg said. “Through chemo, radiation and more I am living, and thriving, with cancer. I, we all, are doing all we can to lengthen my life and that of other patients.”

The Happy Lungs Project is a family affair built by Ilana and her husband Dr. Dan Stromberg, their children Allie, Sammi and Camila Stromberg, as well as her ex-husband Joel Fineberg and their children Braden and Sophia Fineberg. In addition, Ilana Stromberg’s parents, Glenda and David Regenbaum of Houston, Dan Stromberg’s mother, Rosie, and the couple’s siblings and their families [Luanne Lorance, Donna (John Kerr) Regenbaum and Katelyn Kerr and Mark (Beth) and Ariella and Ben Stromberg] have been dedicated and involved.

“When bad things happen, people feel helpless. We, as a family, became empowered,” said HLP Board Chair Joel Fineberg, an attorney who now calls Boulder, Colorado, home. “We couldn’t prevent this horrible disease but we can stand up and make a difference through our passion.”

Also on the HLP board are Susan and Dennis DeBakey, Carolyn Farb, Sophia Fineberg, John Jamail and Upal Basu Roy.

“It’s incredible to see my family rally together,” said Sophia Fineberg, a Yavneh Academy graduate, now a senior in the double degree program at Barnard College and Jewish Theological Seminary. “For Mom to see us care and work so hard pushes her to work hard at being healthy.  That is her job and we’re doing ours to make it happen.”

Sophia Fineberg now fills a board seat vacated by Braden Fineberg, both graduates of Ann and Nate Levine Academy. An alumnus of Dallas Townview Magnet School and the University of Pennsylvania, Braden is now CEO of the Austin-based Roundup App.

Sophia and Braden learned devotion from their parents and they set the example for their younger sisters. It was a lemonade stand set up by Allie, Sammi and Camila, who attend Austin Jewish Academy, that brought in The Happy Lungs Project’s first $1,400.

Serving as HLP’s scientific advisory board are Dr. Steven Artandi, director of the Stanford Cancer Institute; Dr. Alexander Drilon, chief of the Early Drug Development Service and medical oncologist at Memorial Sloan Kettering Cancer Center; Dr. Justin Gainor, director of the Center for Thoracic Cancers at Massachusetts General; and Dr. John Heymach, chair of Thoracic Oncology at MD Anderson Cancer Center. Doctors from the University of California–Los Angeles and the University of Colorado are also joining the effort. 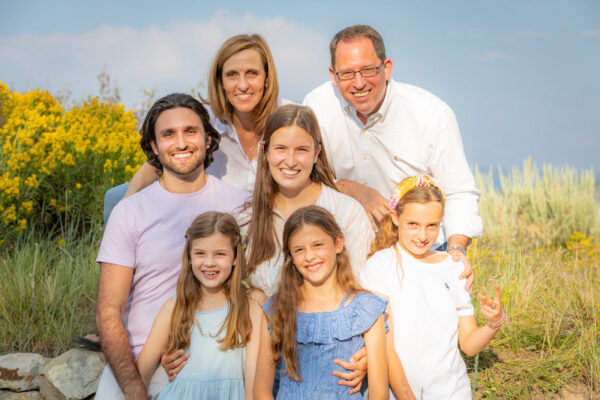 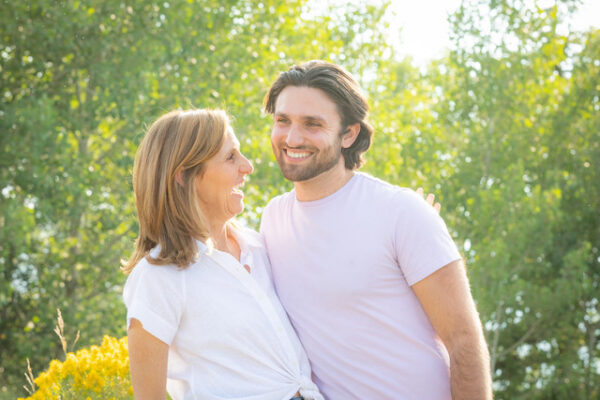 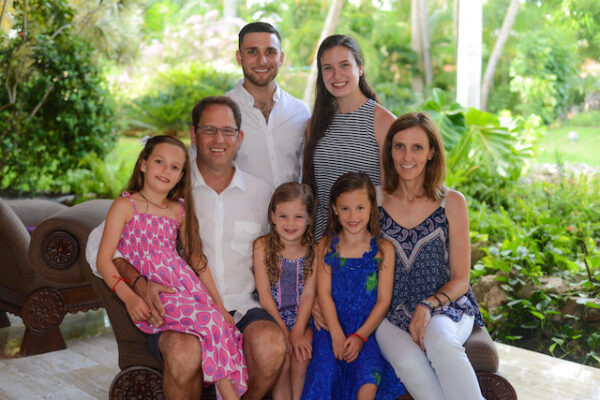 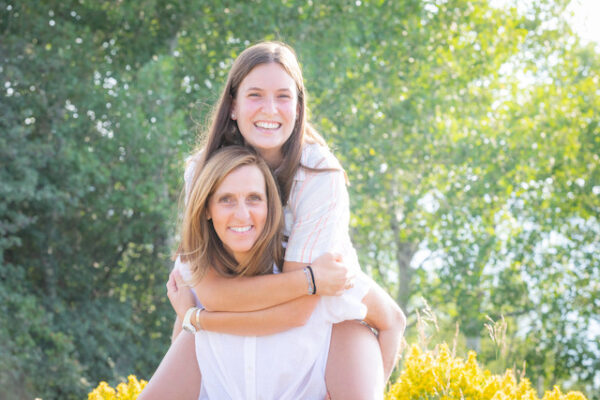 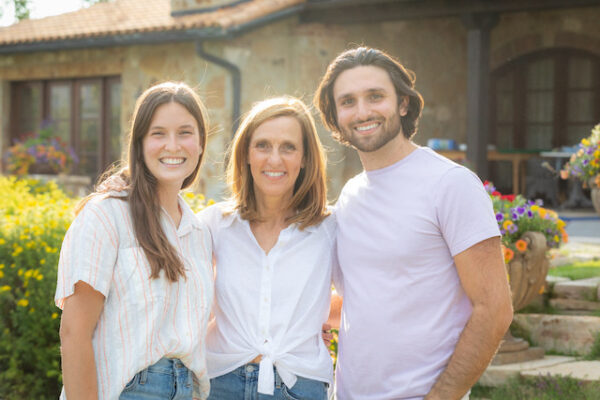 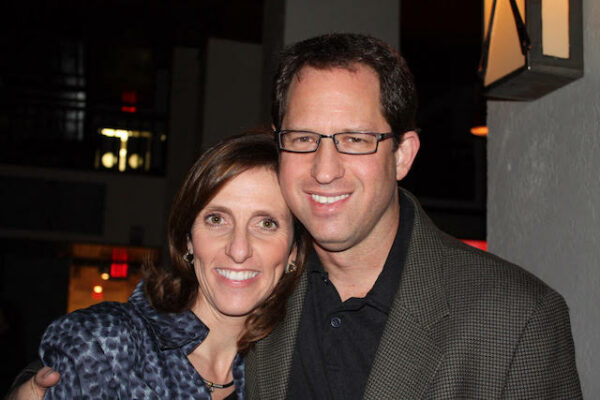 The doctors involved are supporting each other’s research focused on targeted therapies; immunotherapy; investigating mechanisms of therapeutic resistance to targeted agents; understanding the regulation of angiogenesis in lung cancer; and the development of biomarkers for targeted agents and immunotherapy.

Together they are developing a “RETgistry” with a clinical data group and specimen repository, organizing preclinical models and drug resistance data and studying immune-based approaches, including vaccines.

“We’ve established an incredible team and we won’t stop short,” said Dan Stromberg, who was raised at Temple Emanu-El and is an alumnus of Hillcrest High School, Princeton University and the University of California–San Francisco Medical School; he is HLP’s medical liaison. He and Artandi, college roommates, have been instrumental in creating the team and support behind the Happy Lungs Project.

“We have to find other treatments, other drugs, and we’ll keep going. The medication Ilana and hundreds of others are on right now, Retevmo, is something many become resistant to — that can’t happen,” said Dan Stromberg, previously the director of the congenital heart surgery unit at Medical City Children’s Hospital, now director of Cardiac Critical Care at Dell Children’s Medical Center in Austin. “We’ve got to cure this disease or at the least turn this into a chronic situation with which its patients can survive.”

Coming together, the Fineberg and Stromberg family members are each lending their talents to the Project. Research, publicity and fundraising are supported by their drive and absolute dedication.

“This is the story of too many young, healthy women diagnosed with this cancer that seems to come from out-of-nowhere,” said Donna Regenbaum, leading the charge in setting up the Happy Lungs Project Shopping Card effort. “The Happy Lungs Shopping Card is an easy way for anyone to pitch in to keep my sister, and the others who fight this disease, healthy.”

The organization’s first fundraiser, The Happy Lungs Shopping Card (ShoppingCardAustin), will debut in October. For 10 days, Austin vendors will offer a 20% discount to cardholders. Proceeds of the $50 cards will support the work behind the Happy Lungs Project.

“I’m grateful for everyone’s time, donations and overall support,” said Stromberg. “The doctors are optimistic, and we will fundamentally change the landscape of this horrible, and often undiagnosed until so late, disease.”

To inquire about further progress reports or participation in the medical research process, or to donate, visit HappyLungsProject.org. To participate as a vendor, or for updates on release as a consumer, of the ShoppingCardAustin, visit shoppingcardaustin.org.

We are a 501(c)(3) non-profit, patient-driven community. Our mission is to support researchers and clinicians in their work towards finding a cure for RET-Positive Non-Small Cell Lung Cancer, while educating and empowering patients in their own healing journey.